Jonathan Barzilay is Chief Operating Officer of PBS, the nation’s largest non-commercial media organization. He is responsible for all operations and strategy across the company. A recognized leader in the media industry, Barzilay has over two decades of experience in senior roles at ABC, CBS, Qualcomm, and the Ford Foundation.

Barzilay joined PBS in 2015 from the Ford Foundation, where he served as Director, Freedom of Expression. He led the foundation’s global programs in Media, Journalism, and Arts and Culture, directing teams in the United States, Asia, Africa, and Latin America. Previously, Barzilay served as Senior Vice President and Head of Content at Qualcomm’s mobile television service, FLO-TV, overseeing programming and production; advertising sales; and research and consumer insights. Prior to that, Barzilay was Senior Vice President and General Manager, CBS Interactive Entertainment, leading all operations at CBS’s entertainment websites including CBS.com and StarTrek.com.

Barzilay began his career as an attorney, first in private practice and later as a member of ABC’s legal department. He is a graduate of Harvard University and Columbia Law School. 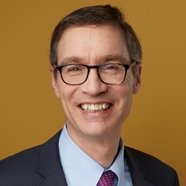